As we enter 2022; Corona virus cases appear to be declining; Omicron appears to be much less severe than previous Corona virus strains; the NHS has not been overwhelmed by the pandemic; it has not been necessary to make working from home compulsory; we have been able to enjoy Christmas without going into lockdown; and travel restrictions

are just starting to be lifted — one might have expected that our present government would be romping towards the local elections in May with a clear majority in the polls — but no, ‘Partygate’ has distracted the media and therefore public attention away from the possibilities for social and economic recovery that now present themselves. A mounting scandal created by the persistent drip feeding of leaked reports of illegal parties held  by staff at 10 Downing Street during last years lock-down has provoked a frenzy of negative media comment and speculation.

Instead of riding high in the polls as the man who got us the vaccines we needed and led us through one of the bleakest periods our nation has experienced in recent decades, Boris Johnson is ‘on the ropes’, reeling from one damaging public relations body-blow after another. Furthermore, rather than having the courage to support their leader, many Conservative Party supporters and even some senior party members and members of the cabinet are distancing themselves from Boris Johnson effectively ‘throwing him under the bus’.

Many commentators have drawn parallels between our present struggle to control the pandemic and our nation’s struggle decades ago to maintain the war effort during World War Two. We have been encouraged to assume the spirit of cheerful defiance exhibited by our parent’s generation during the ‘Blitz’, and yet people are naïve in the face of media propaganda when it comes to judging the actions of the government during such a national crisis.

During the Second World War our parents were limited in terms of food consumption and in a number of other ways by rationing. Our parents’ generation were limited to eating powdered egg and only small quantities of meat, milk, butter and sugar. They were required to subsist on a diet that amounted to about 1,250 calories a day and there were constant food shortages. However, does anyone serious think that Winston Churchill and his political entourage subsisted on the same? This man who was to be seen at almost any time of day or night proudly brandishing a Havana cigar and often with a generous measure of whisky in his hand?

Does anyone seriously think that Winston Churchill abided by the restrictions of wartime rationing? Did he and his senior aids restrict their movements in accordance with petrol rationing, did they restrict their clothing to the utilitarian styles dictated for the masses? Were they restricted to the same basic foodstuffs and limited rations as the masses?

Does anyone seriously think that if maintaining the moral of his staff at Downing Street required him to lay on a morale boosting social event involving generous portions of food and drink that Winston would have thought twice about providing this?

I don’t know to what extent Boris Johnson knew about or authorised the functions that have been described as illegal parties that took place in 10 Downing Street last year, but if he did know about or authorise those functions the most concerning aspect of this whole ‘Partygate’ affair is that he appears to lack the moral fortitude to face down his critics and tell them that of course he laid on a few morale boosting parties for his closest staff as a reward for the long and arduous and almost certainly anti-social hours they must have devoted to making sure that the supplies of medical equipment and staff was sufficient to protect the public and the NHS during the grimmest weeks of the pandemic.

During the height of the pandemic, just as during the height of World War Two, the work undertaken by the staff of 10 Downing Street would have been critical to maintaining the ‘war effort’ and of course any commander-in-chief worth their salt would feel justified in applying, at his or her discretion, different rules for different people at those critical times.

In a ‘war-time’ setting, it is often right that there is one rule for those who are performing critical duties and another law for those who are not. It appears that Boris Johnson understands this to some extent on an instinctive level, which is why he appears to have let these ‘parties’ take place. It would seem that his shortcoming as a leader is that unlike his hero Churchill, Boris lacks an intellectual appreciation of the value of such discrimination and acts like a naughty schoolboy when his actions are revealed and questioned. He lacks the the confidence and fortitude to respond resolutely and assert that at certain times it is necessary in a crisis to exercise discretion and bend the rules for some people, upon who’s high morale the best interests of the nation depends.

That Boris Johnson is inadequate in his ability to justify his actions now means that instead of taking advantage of the many opportunities that present themselves as we emerge from under the shadow of the pandemic, our nation drifts with a government and a public distracted by something that should be a non-issue. We are like a ship set adrift at a critical time, in stormy seas,  with no-one at the rudder.

In describing Partygate as a ‘non-issue’ I do not mean to belittle the genuine anger felt by many members of the public, especially the great distress that must have been caused to those who obeyed the more Draconian restrictions and dutifully stayed away while their loved ones died alone, and remained distanced at funerals when friends and family members should have been allowed to comfort each other. It is only a ‘non-issue’ in the sense that the above principle of leadership discretion should be well understood by those in government and the public at large, but more importantly, our government should never have been allowed to interfere in private family affairs, thereby causing such unnecessary distress in the first place.

A second major mistake by Boris Johnson was to give too much weight to the opinions of his scientific advisers resulting in the imposition of Draconian social distancing restrictions upon the public. Some restrictions upon large gatherings were justifiable in the wider public interest, but there is no justification for government to interfere in private family grief. As a nation we have become too trusting of government and too obedient. We should never have let them do this to us. Family members and hospital staff should have refused to obey. In particular, we should have defied anyone who stood in our way and fought like lions to be be with our loved ones and to comfort them as they lay dying. There should have been widespread demonstrations against the Draconian restrictions.

The election of Boris Johnson to the leadership of the Conservative Party allowed Brexit to ‘get done’, albeit that it was a flawed Brexit. What Boris Johnson has achieved since which is of greatest value to the British people is to facilitate the production and distribution of Covid-19 vaccines, and the roll-out of the vaccination programme far more effectively than has been achieved in any other country. In doing this his government has almost certainly saved the lives of many tens of thousands of our people, and if in achieving this it was necessary to break the rules and authorise some morale boosting functions for his staff, then in this one respect I think Boris Johnson’s shortcomings can be overlooked.

Boris Johnson is never-the-less a deeply flawed prime minister, but amidst all the calls for him to resign, it is becoming increasingly apparent that there is among prominent Conservatives, no-one who can be trusted to do any better than he has done. All three of the establishment parties are devoid of anyone with the requisite experience, with the political will, or with the leadership qualities needed for our nation to survive and thrive in the years ahead.

Replacing Boris Johnson with one of the political midgets that surround him at Westminster would be to jump out of the frying pan and into the fire. Until a new political movement offering sound leadership arises, it is perhaps a case of better the scruffy, dissembling, largely ineffectual ‘devil’ we know, than the ‘devil’ we don’t.

2 Replies to “Boris Johnson and the Lack of Resolute Leadership.” 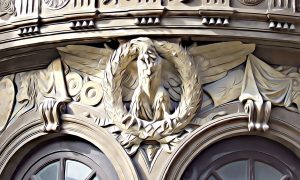